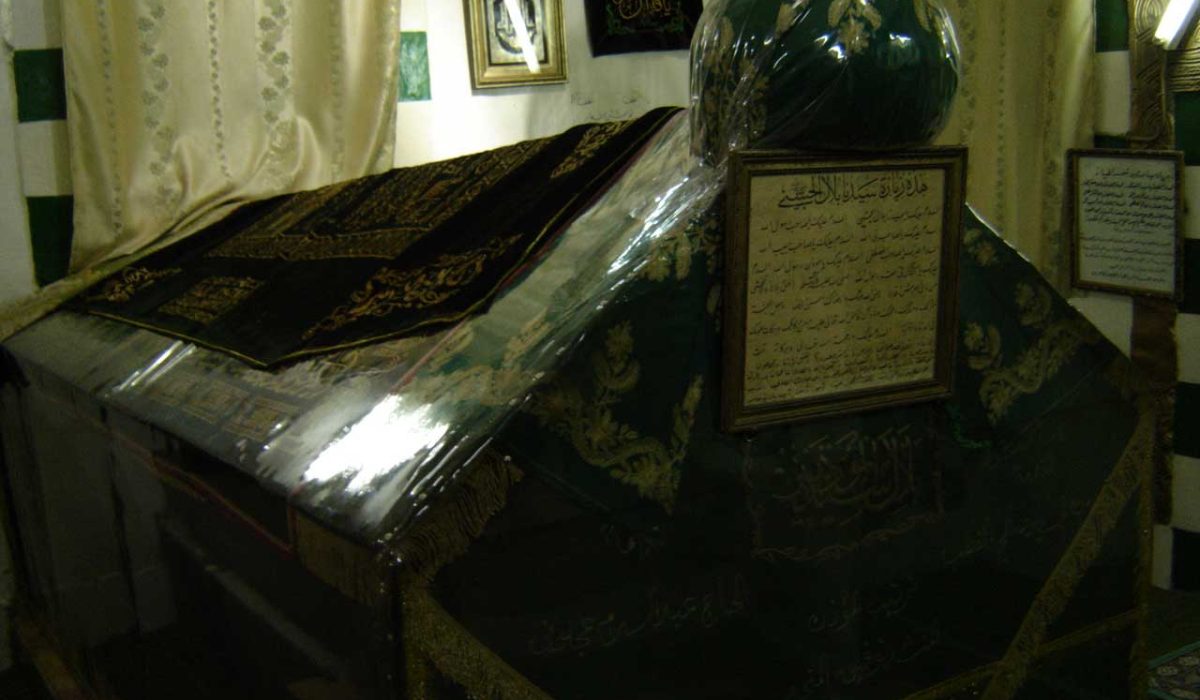 In 580 A.D., Hazrat Bilal was born in Mecca to a slave mother called Rabah. His Master Ummayah Bin Khalaf had him born into slavery, so he could only ever labor for him. As a pioneer Muslim, Hazrat Bilal R.A. was there at Islam’s first moments. The non-Muslim and savage adversary of Islam Ummayah Bin Khalf had him as a slave. Hazrat Bilal converted to Islam and was subjected to brutal abuse and harassment.

One of the ways his master used to torture him was by laying him on hot sand and placing a big rock on his bare chest. In addition to beating him with the stick, he had the young lads drag his body on the hot sand. Despite this, he was so competent that each time he was beaten, he said, “Ahad, Ahad,” reinforcing his conviction that Allah is one.

The Muslims found this the most challenging since their numbers were so small and they had so little social assistance. As Hazrat Abu Bakr Siddique saw his Master’s mistreatment of Hazrat Bilal, his heart was disturbed and his eyes welled with tears. Several times Hazrat Abu Bakr R.A warned him that using the word “Ahad” in front of his master may get him into trouble. Every time, though, he found himself unable to stop himself from proclaiming Allah’s uniqueness.

Here are some verses that Hazrat Mawlana Rumi (R.A.) cites to explain this:

“When Abu Bakr advised him towards silence and secrecy, Bilal repented again. But when love overwhelmed him, he swallowed the repentance. It is the message of the troubled heart. Without You, there can be neither peace nor comfort.”

Muhammad Abdul-Rauf claims in his book, Bilal ibn Rabah, that the Muslim scholar Bilal “was tall and magnificent, with dark brown skin, dark brown eyes, a nice nose, and clear, glowing skin. Furthermore, he had a voice that was rich in tone and resonance. His beard was scant on both cheeks. He had a strong moral compass, a healthy dose of humility, and a deep well of insight.” Also, William Muir describes Bilal as “tall, black, and with African face and bushy hair” in his biography of Muhammad. Muir adds that high-status Quraysh people nicknamed Bilal “Ibn Sawda” out of contempt (son of the black woman)

Islam’s commitment to equality and tolerance is shown by the treatment of Hazrat Bilal. A former slave who was liberated and later became a saint. When the Muslims finally took over Mecca, the Prophet Mohammed, Peace be Upon him, went to the Kaaba to reassure the locals. That they would be secure and forgive them for whatever wrongs they had committed against Muslims in the past. In order to honor the Holy Kaaba, Hazrat Bilal was tasked with reciting the Adhaan prayer on the top of the holy Kaaba. He was a close associate of the Prophet Muhammad, peace be upon him.